By now, the sabotage taking place at the USPS at the behest of Postmaster General Louis DeJoy is well known. In case you managed to miss the varying scandals, which started before he was even on the job, here’s a brief review:

Not getting one’s mail would be a matter of concern no matter what — many Americans rely on the USPS for crucial delivery of medications, checks and  birthday cards from Grandma. But stakes are even higher as millions of Americans are now requesting mail-in ballots to avoid voting in person at the polls during a coronavirus pandemic. North Carolina alone, the first to send out ballots, has already mailed more than 640,000 but in 2016 the state only mailed out 38,871. The USPS is destined to play a key role in our election. And that’s the cause of the problem, as Trump himself acknowledged:

The Trump administration’s attacks on the USPS are designed to undermine American voters’ confidence in different ways. If voters don’t trust the USPS to handle their mail properly, they may not believe their ballot ever arrived. If voters don’t trust that their ballot will get delivered on time, they may plan to vote at the polls, which means they may not vote at all. So many voters may show up at the polls that lines could be overwhelming; some voters may even give up or be turned away by election officials. That’s a lot of “ifs.” But here’s one more: if American voters have enough concerns about the millions of mail-in ballots that could decide this election, they may question the election’s validity entirely. All these possibilities suit Trump’s purposes of making Americans uncertain about who really won the election. And if we can’t be certain, Trump will likely claim a win, no matter what the vote count looks like.

So as Americans, what can we do? For one thing, we can know and make others understand that there are many perfectly safe options for casting your ballot. You might vote early at polling stations, which are less busy before Election Day. You might fill out your mail-in ballot at home and then take it to a local drop box, or turn it in by hand at your election office, or take it to the post office at least two weeks before November 3. You also might vote at your polling place on Election Day, bringing ID if needed, fixing your mask firmly in place, and maintaining social distance from others.

As for the USPS Board of Governors, let’s make sure they know they are on the hook. After all, they can remove this “one-man wrecking ball” — to quote Rep. Gerald Connolly — at any time. This Wednesday, September 9, they are meeting in a closed session with DeJoy, so let them know immediately exactly what you think of their decision to hire DeJoy in the first place and then not to fire him. This article and twitter thread provides all the information you need to contact the board and DeJoy himself, along with more information about the decisions they have been making. Like this one. 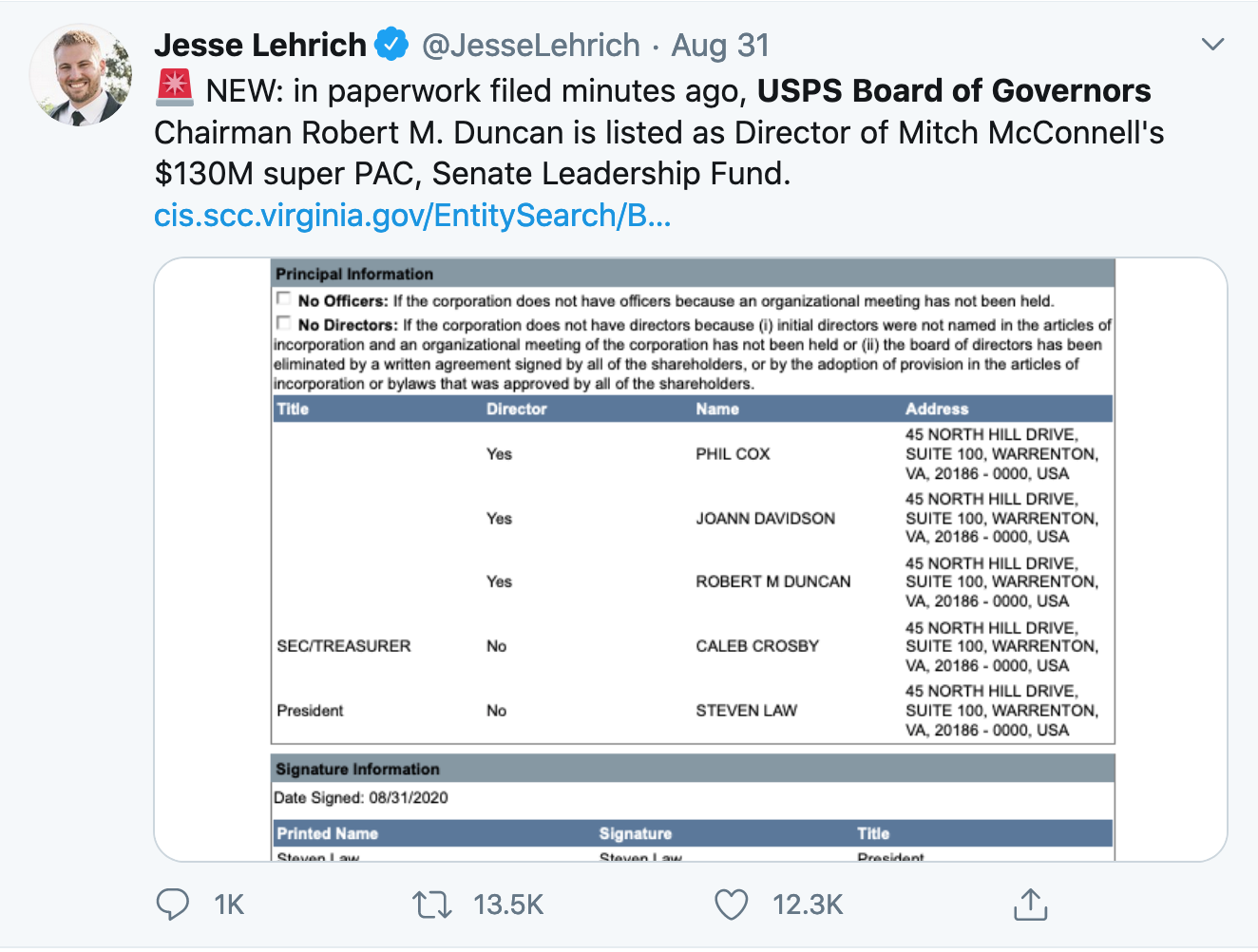 The more we find out about the mess at the USPS, the more suspicious we grow.

Rena Korb is a professional writer and editor. Her publications span from children’s books to political commentary. She volunteers as a DemCast California captain and as a leader with her local Indivisible chapter. She also is a lifelong activist, attending her first protest when she was 16. She lives in San Mateo with her family and, in non-pandemic times, enjoys playing Ultimate frisbee.

2020. I hardly know where to begin.  My beloved mom died this

The Bright Spots In 2020: Year in Review

I have been a conservative and a Republican for more