Editor’s note: On May 18, President Biden invoked the Defense Production Act to prioritize the manufacturing of baby formula and on May 22, the United States military airlifted its first shipment of infant formula from Europe. During this time, 192 House Republicans voted against funding to address the shortage.

Are you tired of hearing non-stop that Biden and the Democrats aren’t doing anything? Here’s what you need to know to arm yourself against right-wing political lies.

All of these right-wing “news” outlets are using the exact same unverified story from Rep. Kat Cammack. She has no sources to back up her claims. No reporters on the ground are investigating. She wants us to just believe that the picture she presents is true. If her claim were true, wouldn’t there be others sharing their stories too? Why haven’t any Border Patrol or ICE agents verified this? It seems this is just another made-up story to cause chaos and sew discord around immigrants.

The right-wing is so focused on causing chaos and distractions because they’re upset they lost the 2020 election. They can’t win an election honestly, so they make shit up to get their base stirred up. Or maybe it’s because it was just announced that Trump is being investigated for yet another scheme. Or maybe it’s because the January 6th Committee just issued a bunch of subpoenas for Republican congress members. They don’t care about truth or context. They have no solutions, so instead, they attack the opposition in order to scare people into voting for them. They cause fear and outrage by leaving out important facts. I’ve compiled a boatload of well-sourced information that you can use to counter the misinformation. Enjoy!

If I had to simplify the reason why we have a baby formula shortage right now into one word, it’s this: monopoly.

But, it’s more complicated than that. Monopolization is caused by capitalism and corporate greed. Abbott, the largest US manufacturer of baby formula, has failed in a number of ways. From not properly cleaning their factory to dominating the industry and lining the pockets of shareholders.

For starters, here is some background context on the formula shortage:

The largest producer of baby formula wasn’t cleaning their factory properly, leading to two infant deaths so far. But because we are such a nationalistic country, we can’t possibly consider outsourcing products in cases like these. We scream “Made in America” but then we have very few companies that produce at mass scale and no backups. This leads to shortages. Abbott dominates the baby formula industry with 42% of the American market, while only four companies control 89% of the whole baby formula market in the U.S.

This article, Monopolies and the Baby Formula Shortage, from The American Prospect talks a bit more about that. Here’s a piece from The Atlantic that includes a quote from the Libertarian think tank, The Cato Institute that sums it up:

The U.S. is a captive market for domestic dairy producers like Abbott, and during times of crisis, the lack of alternative supplies becomes a pretty big problem.

One of the reasons we rely so heavily on baby formula is because there’s no paid family leave in this country, making it much harder for parents who wish to breastfeed to continue to do so. It’s super hard to enforce pumping rights at work (if any exist at all) — which would have been addressed with President Biden’s Build Back Better (BBB) plan, which included 12 weeks of paid maternity leave. It should be noted that every single Republican voted AGAINST this bill.

You can find the House votes here.

BBB is now stalled in the Senate because all 50 Republican Senators refuse to support it. So if you have a Republican senator – blow up their phones and emails! Here’s how to contact them by mail or email and by phone. Please vote them out in November! Speaking of voting, make sure you’re registered to vote by going to Vote.gov.

It also doesn’t help that there are people taking advantage of this by selling it on eBay for $120 for a single can or 10 cans for $40 each.

Moving on to calling out the Republican lies and fear-mongering. This is just one example: I watched this Facebook video of Congresswoman Kat Cammack (R-FL) so you didn’t have to. She claims Democrats are “empowering the Cartel” because of the formula shortage, simply because babies at the border also need to be fed. She’s basically advocating for starving babies just because they were born south of an imaginary line. Which seems to be the current rallying cry from Republicans.

There are a few things I have to say about it:

“Facilities will provide access to toilets and sinks, drinking water and food as appropriate, medical assistance if the minor is in need of emergency services, adequate temperature control and ventilation, adequate supervision to protect minors from others, and contact with family members who were arrested with the minor.”

You can also check out this 2015 Customs and Border Protection (CBP) document, which states:

“Food must be appropriate for at-risk detainees’ age and capabilities.”

You can read more about it in this Washington Post fact-checker article (possible paywall), which gives her claim “Four Pinocchios.”

This whole post insinuates that babies should starve just because they’re at a detention center with a parent that likely fled a terrible situation in search of a better life for that baby. It’s really rich coming from the party that claims to be “pro-life.” All while President Biden is mourning and memorializing the loss of 1 million American lives due to Covid and Republicans completely ignore it. After all, the babies at the border have beating hearts and the people who died from covid also had beating hearts. So they come off as very heartless and a tad nationalist.

Yet all along, President Biden has been posting statements on Twitter addressing the formula shortage. He hears us, he’s listening and he’s acting. So if you see a friend share that he isn’t, please inform them of what’s really going on, because right-wing news will purposefully leave it out.

Here is the Readout of President Biden’s Virtual Meetings with Retailers and Infant Formula Manufacturers that was posted on the White House Briefing Room website.Quick facts:

And the White House Fact Sheet: President Biden Announces Additional Steps to Address Infant Formula Shortage, where he outlines his plans to address the issue.

The FDA also put out a news release on May 10: FDA Takes Important Steps to Improve Supply of Infant and Specialty Formula Products. So be sure to check that out too. Where they claim, “more infant formula was purchased in the month of April than in the month prior to the recall.” 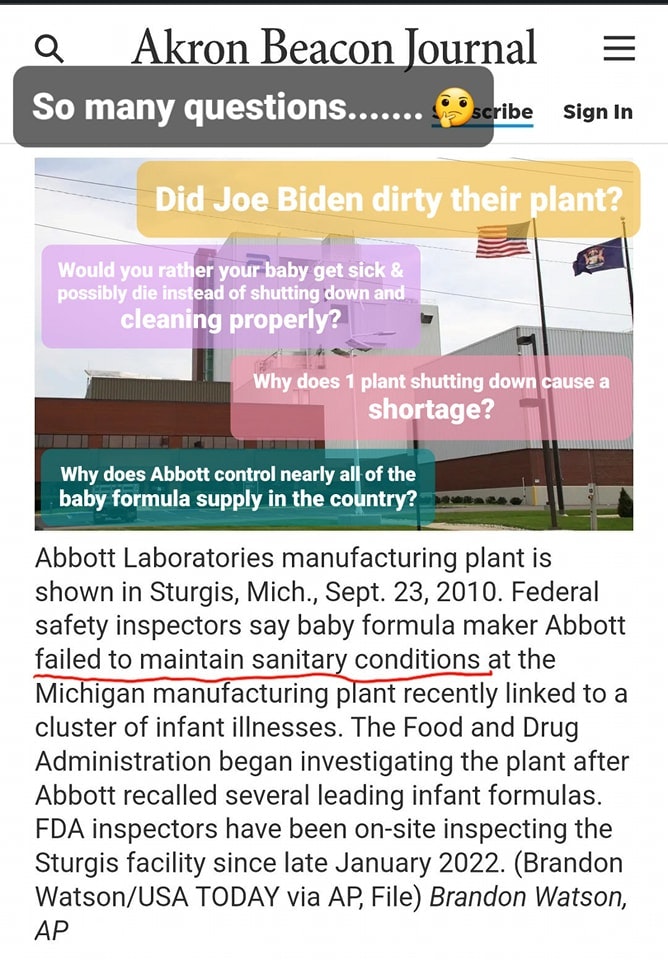 As a reminder: FDA Advises Parents and Caregivers to Not Make or Feed Homemade Infant Formula to Infants

Here are some additional resources and articles to add to your arsenal:

📰 Irish Times: US turns to Cootehill for emergency supplies of infant formula – Abbott flying milk powder to US daily from Ireland after product recall and FDA inquiry – May 10, 2022

📰 Popular Information: The baby formula shortage and the twisted priorities of the American economy – May 12, 2022 (This is a well-sourced article by independent journalist Judd Legum, I highly recommend subscribing.)

Shout out to @moetkacik on Twitter for piquing my curiosity and sending me on this mission to clear things up. Here are her Twitter posts that did some real digging into the cause of the shortage. As you can see, it’s not just one single problem, it’s a multitude. It boils down to capitalism, monopoly, pandemic panic buying & company corruption. (Plus greed obv.) 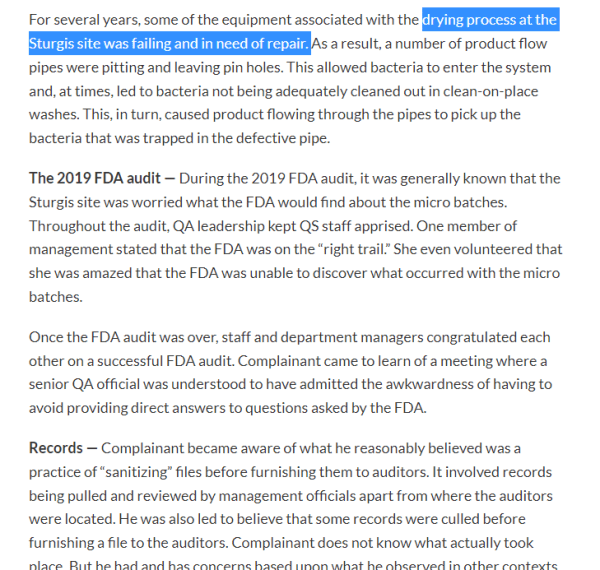 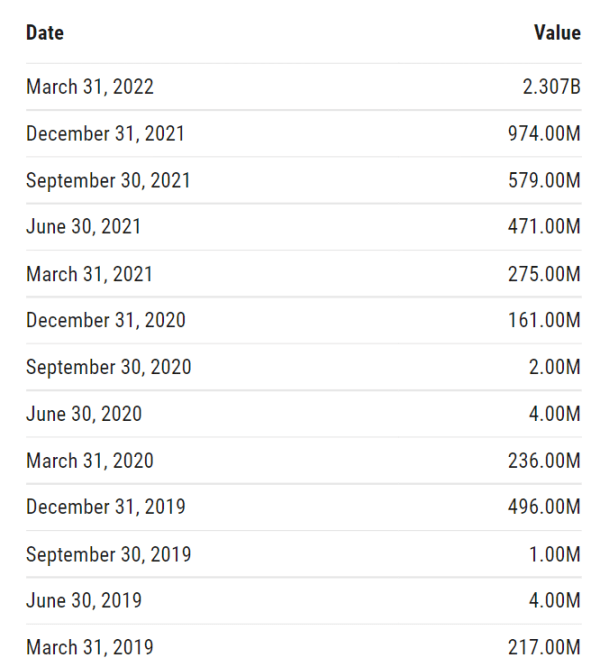 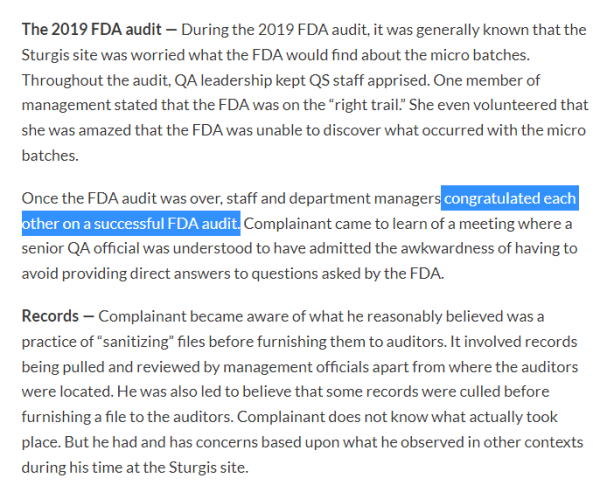 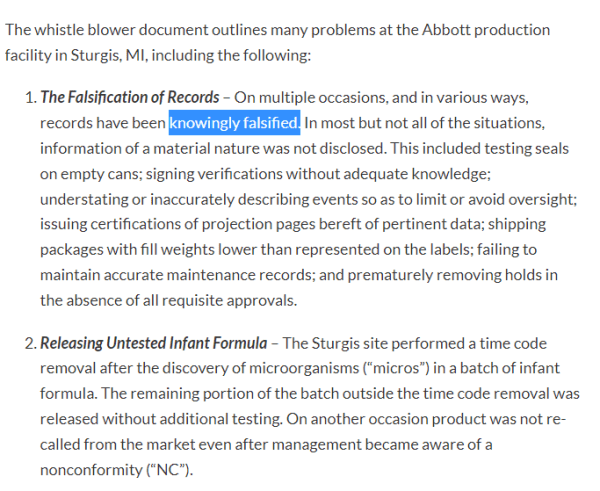 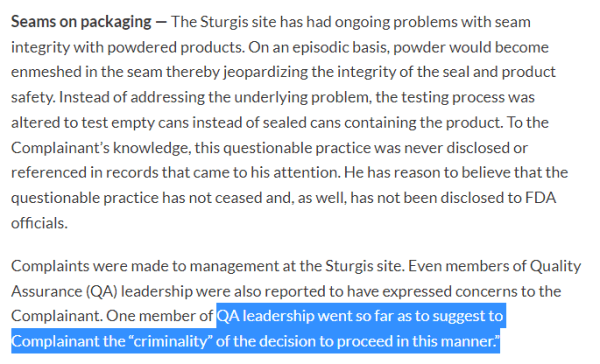 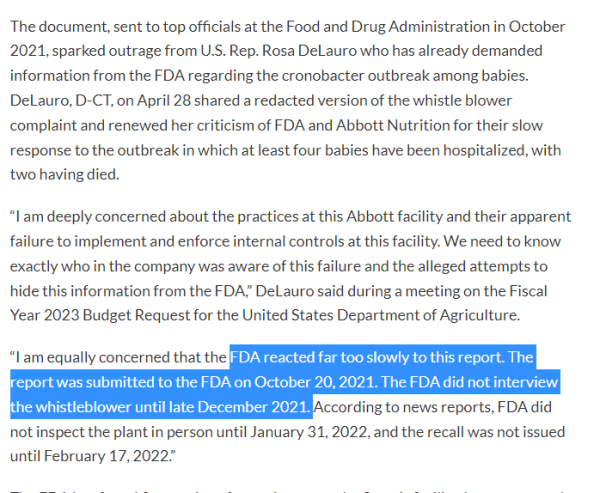 Please share this anywhere you see misinformation. Feel free to copy and paste parts of it into comment sections. The point is to create more informed citizens and calm a bit of the outrage. Welcome to “woke.”

Choosing Abortion for My Own Reasons

A Letter to My Daughters About Life After the Roe Decision

Heidi is a Navy veteran of 7 years. She served honorably from 2002-2009. She now spends her time advocating for equal rights, climate justice, cultural diversity, racial equity and democracy.
She is a member of Common Defense, DemCast, Network NOVA, & Virginia Grassroots Coalition

Fight back in rural PA

Demand that Congress make criminal referrals on the January 6 coup

“As Far as We Can,” and “Loaded with Potential Conflicts of Interest:” The Mess Surrounding Mike DeWine’s Campaign This Week

FACT SHEET: HB 2169 and Facts on the Proposed Voucher Program

The Russian Influence in the Second Amendment Culture War

DeSantistan : Crowdsourced news fights the Supreme Leader’s propaganda How do you

Twelve trusted resources on disinformation and other threats to democracy

In light of the Supreme Court decisions overturning Roe v.

Choosing Abortion for My Own Reasons