The Biden-Harris administration is working day and night for all Americans as their programs, executive actions, and legislation helps babies, kids, teens, college students, poor people of every race — both rural and city, the elderly, workers from every industry, and small and large businesses.

Their work covers infrastructure, technology, science, medical and healthcare, and all the way to land preservation, climate, and future technologies.

The administration is delivering on promises made during the presidential campaigns they individually ran, as well as the campaigns of other candidates such as Amy Klobuchar and Pete Buttigieg, and even Elizabeth Warren and Bernie Sanders.

This administration is, in fact, of, by, and for the people, and they remain the best defense against a republican takeover, a white supremacist takeover, and a government run to appease foreign interests.

President Biden and VP Kamala Harris have reestablished foreign relations with allies and adversaries, reengaged the United Nations and other regional allies, while they have worked to repair the comprehensive international damage done by their predecessors.

The team – the most consequential presidential team in a century – has accomplished more in their first year than some administrations did in four or even eight years. And they’ve certainly outpaced the previous disastrous administration which was run like a refurbished cell phone store located in a run-down strip mall.

The complaints are large and small, loud and insidious, and come from all corners of the media, the usual republicans, and sadly from within all wings of the party.

They won, but can’t get things done.

The January 6th commission is inept, slow, or ineffective, or all of the above.

The Department of Justice is compromised and aiding the former criminals in office.

They haven’t canceled all student debt.

They haven’t forced anyone on the Supreme Court to retire.

They haven’t reopened the investigation into rape allegations against Kavanaugh.

Plus, all the usual complaints republicans and their media friends level at every democratic administration:

Why are we letting Black people vote?!

Through all the noise, the team continues doing what it does best: grind out large and small victories, keep communication channels open with republicans and malcontent democrats, and appoint judges at a record pace. That last item, appoint judges, is their gift to future Americans hoping for fairness in a system created to be unfair.

There are, of course, many more battles to be fought and won, and many more compromises and incremental wins to come. 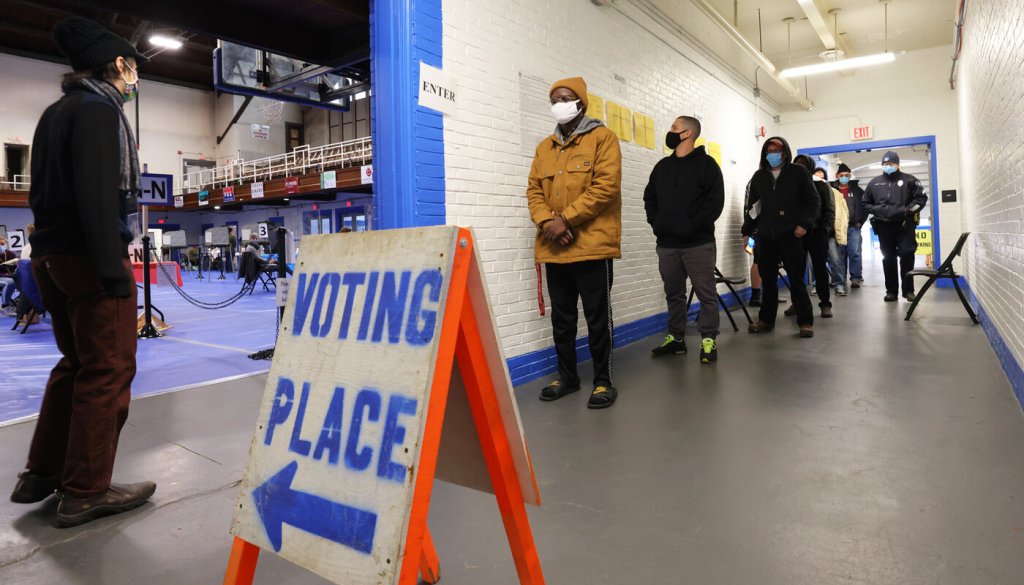 The Senate is diligently working on the most consequential voting reform since the landmark Voting Rights Act in 1964. There is police reform, infrastructure, upcoming prosecutions of insurrection ground troops and their commanders, and cleaning out the traitors in Law Enforcement – the FBI, CIA, Secret Service, Capitol Police, and the military.

There is the pandemic to continue to manage, and climate emergencies that need to be both acknowledged, worked on, and put in place, and jobs to be created in dead and dying industries.

There is no doubt the administration is and will work on what is important to the nation as a whole, but what is in doubt is whether the dynamic duo and the DNC will be able to convince the nation that they are in fact getting things done.

The administration is working with a recalcitrant media still suffering internal injuries from losing their best friend and cash cow, the former president.

We all know the combination of the former guy losing badly, a raging pandemic, and disillusioned viewers cut sharply into their revenue and profits causing their ownership groups – all trump supporters – to demand a return to the caustic bombastic lunacy that drove their daily news cycle of clownery.

The major media loved the insurrection but hated that it was only a single episode. They wanted a nine-part series with options for Insurrection: Seasons 2 and 3. But what they got was a PBS-like procedural heavy on the grindingly boring legal work only a lawyer or court stenographer wants to watch … or people who want the good side to win.

And to that end, what the administration could most improve on is the Public Relations side which is adequate when it needs to be dynamic.

The major broadcast and cable news shows are owned and operated by republican billionaires and so their on-air talent, which are managed by conservative white male news directors, heavily reflect the owners and their politics: conservative white males pushing republican talking points, uncritical interviews with elected republicans and their operatives, and challenging but limited interviews with democrats in general and administration staff in particular.

But it is not only television that is the safe place for republicans, print media is a safe place as well. After decades of being labeled “The Liberal Media.” the pendulum has completely swung right … past decency, integrity, and now comfortably resides at the intersection of journalistic malpractice and Chuck Todd Way.

With its ongoing record fundraising, headed by the steady and aggressive hand of Jaime Harrison, the democrats must increase the PR machine that highlights the administration’s long list of accomplishments as the democracy-crucial midterms approach.

The airways should be full of DNC ads that tout successes and what the administration has done for citizens, what they will do for citizens, and what citizens stand to lose should republicans win key midterm races.

In short, they need to make the case to continue the programs that have proven successful, delivered millions of jobs, protected millions of workers, seniors, and kids from a pandemic, and that helped reduce child poverty, eliminated hundreds of millions of student debt, and reestablished the country as a viable democracy.

The way to a more perfect union, free and fair elections, and a more representative government is pointed directly at the administration and their ability to rally midterm voters.

And the way to a fading superpower is pointed at an electorate heretofore uninterested in midterm politics.

For the administration to win – and thus for America to win – the uninterested electorate must meet the moment and deliver a resounding victory to democrats so that President Biden and MVP Kamala Harris can continue to Build Back Better.

The best boost for right now is to get their signature bill passed. The hard work has been going on for months now and the finish line is within sight. But the last few miles of a marathon can be the hardest and with a couple of republicans uncooperative democrats in the party – Manchin and Sinema – the negotiators have had to compromise on the bill, cutting things to appease the wealthy correct senator from West Virginia and the fashion train wreck from Arizona.

The bill will be passed and it will be touted as the signature accomplishment for the administration during its first term. The comprehensive way the bill’s provisions will help all Americans in general and democratic voters specifically, should give the DNC all the material and facts it needs to bombard all media from now to midterm voting.

President Biden and MVP Harris are working for you, and once their signature legislation is passed, they will ask you to return the favor during the midterms.

Reposted with permission and minor edits.

A Bad Day Knocking on Doors in Our Polarized Country

Myron J. Clifton is slightly older than fifty, lives in Sacramento, California, and is an avid Bay Area sports fan. He likes comic books, telling stories about his late mom to his beloved daughter Leah, and talking to his friends.

Your ballot is in the mail. Get ready to vote!

Join Us This Saturday: Adopt-A-Highway

Virginia, the Critical Race Theory Lie, and Why it Matters

Let’s Keep Going: Eat an Elephant One Bite at a Time

Posted by Stephanie Wilson, 3 min Last week was a bummer for

The Infrastructure Investment and Jobs Act: A Major Step Forward

In passing the Infrastructure Investment and Jobs Act on Friday, Nov. 5,

The “Billionaire Tax”: What It Is and Why We Need It

I have been a conservative and a Republican for more