I think the way the current fascist threat will be beaten back is most likely through a thousand small cuts, each seemingly undramatic. After all, over the past several decades, Trump’s brand of fascism has gained as much power as it has by a thousand cuts.

What I plan to offer now is an overview.

Because there’s been a steady drip of evidence of Trump (and Republican) crimes, there’s an expectation among some that criminal prosecution will bring Trump — and his brand of American fascism — crashing down.

A few weeks ago, in a blog post called “Republican Lawbreaking,” I explained why I think criminal prosecution is unlikely to end the danger posed by what we might call the Trump-Newsmax-Fox Republican Party. (I used to call it the Trump-Fox Party, but the sad fact is that right-wing media has now moved far to the right of Fox News.)

If you missed that blog post, and your expectation is that criminal prosecution will (or can) put an end to American fascism, you might want to read that one first.

We have a political problem, and political problems require political solutions. What prosecution can do is help expose the truth. Fascism is built on lies. Rule of law, which requires a shared factuality, is based on truth. That’s why truth is the enemy of fascism.

Let’s look at some of these small cuts.

At the same time, there are signs that Trumpism isn’t going away, and Trump is not losing his grip on the Republican Party.

In fact, one of the institutions that saved us from Trump’s attempted coup was the courts. I wrote about that in this Washington Post piece:

This brings me to Trump’s lawyers being sanctioned and possibly disbarred by the courts — which is among the thousands of cuts.

A Federal judge in Colorado sanctioned two lawyers who brought a conspiracy-theory-filled lawsuit trying to overturn the 2020 election.

The judge found the case was “frivolous,” “not warranted by existing law,” and filed “in bad faith.”

Similarly, in Michigan, Sidney Powell and Lin Wood are facing sanctions for bringing election fraud lawsuits that had no basis in law or fact.

In June, a New York appellate court suspended Rudy Giuliani’s license to practice law. I wrote about this when it happened in this NBC Think piece: 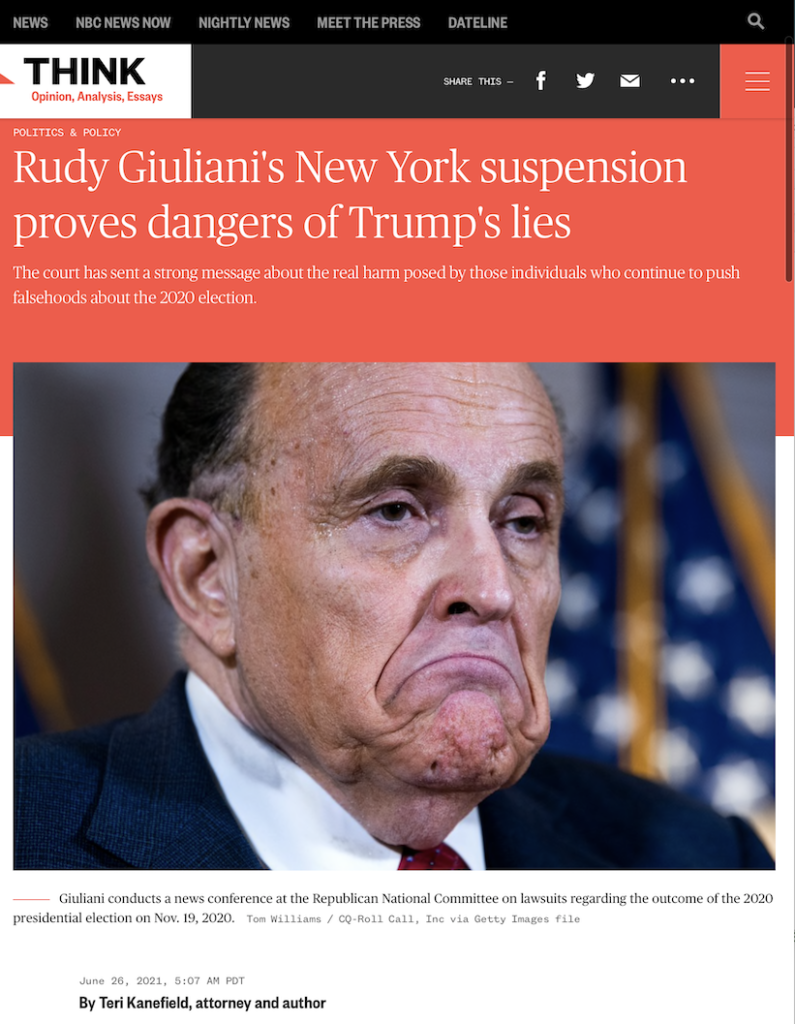 The court in that case said this: 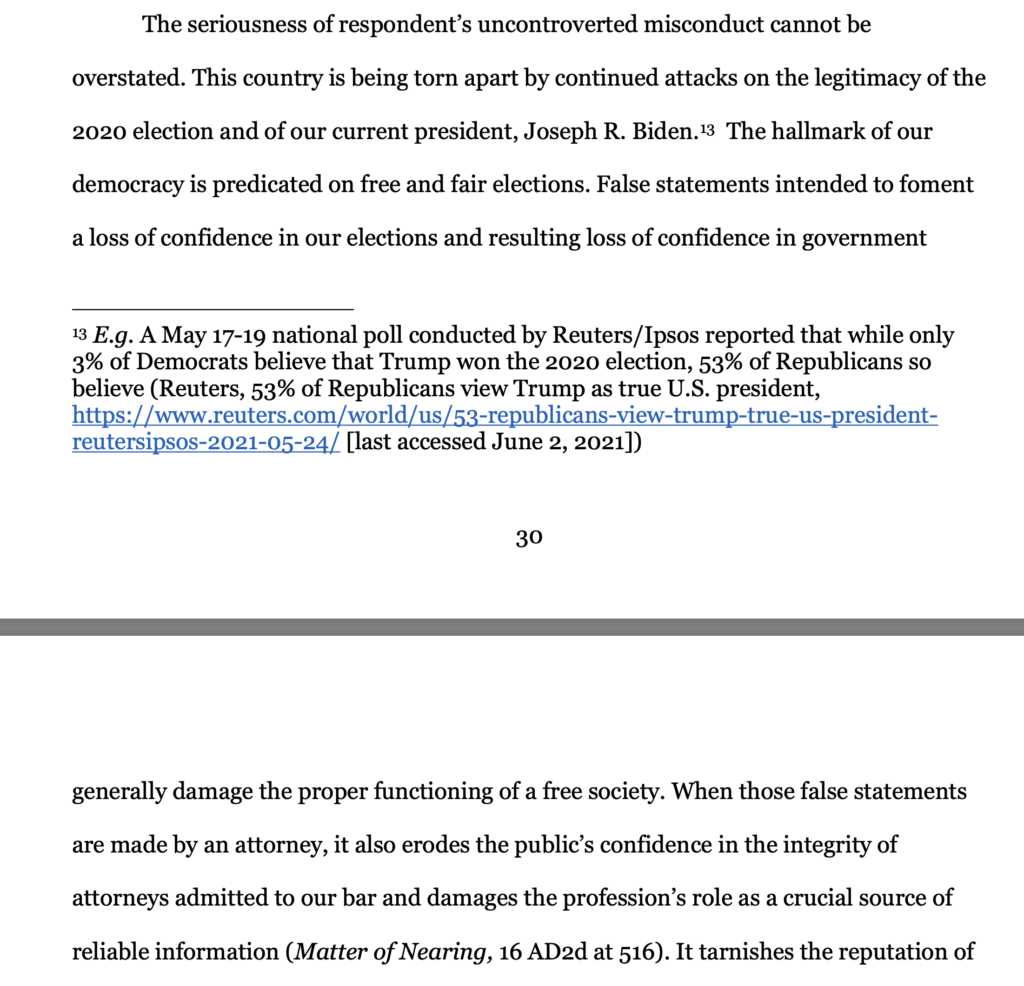 Disbarment — a punishment meted out by a court for code violations — occurs when a lawyer commits an offense that directly relates to his or her fitness to practice law. This is serious and always devastating to a lawyer.

Given the harsh words the court had to say, and the way it made mincemeat of Giuliani’s silly defenses, it means that unless Giuliani comes up with better defenses than those he has already presented — and it is unlikely he can — he will never again practice law in New York.

You may be thinking, “So what?”

Well, for one thing, these rulings serve as a warning to other lawyers who may try to use the courts as a vehicle for spreading lies.

Also, as a result of this, we have courts denouncing these lies. If you don’t think this is a big deal, imagine how you’d feel if courts were backing up the lie — which is what happens in autocracies.

And as I mentioned earlier, courts are one of the institutions that saved us from Trump’s attempt to overturn the 2020 election.

Criminal “Consequences” and the Threat of Right-Wing Extremism

Ordinarily, I like each of these blog posts to stand alone, but

Do You Want to Save Democracy? Create a Twelve-Justice Supreme Court

The U.S. Supreme Court poses a clear and present danger to democracy.

Giuliani’s associate, Lev Parnas, turned a pile of documents over to the

McConnell is abdicating his duty to the American people, and he is

I’m not sure there are elections more important in 2022

Kyrsten Sinema and Joe Manchin are not serious people, certainly