The Trump Organization and its chief financial officer, Allen Weisselberg, have been indicted in a tax scheme that took place for over a decade. The charges allege that Weisselberg paid no income taxes on an array of fringe benefits including a rent-free apartment, two Mercedes-Benzes, and private school tuition for family members. This unreported, indirect employee compensation is valued at $1.76 million. Thus, Weisselberg avoided paying federal, state, and city taxes totaling $901,112 while the Trump Organization deducted these perks as employee expenses. How did the Trump family respond? Like middle schoolers claiming that everybody does it, as reported by Vanity Fair, his two adult sons who now run the family business don’t think this is a big deal; after all, “people dodge six to seven figures worth of taxes all the time.” I believe this. Trump and other very rich individuals dodge lots of taxes.

Based on IRS information, ProPublica recently reported that some of the world’s richest people pay little to nothing in income tax. For example, the world’s richest person, multibillionaire Jeff Bezos, did not pay income taxes from 2007 to 2018. Furthermore, the second-richest person, Elon Musk, paid no income taxes in 2018. These ultra wealthy individuals, and many others like them, take advantage of tax-avoidance strategies that would not help the average American. The problem lies in the fact that their wealth comes from the skyrocketing value of their assets, like stock and property, which are not considered income until they are sold. And any income they get from dividends is taxed at a much lower rate than the income from employment. The ultrarich do not know what a paycheck is because they do not have to work for a living.

A ProPublica analysis looked at the growth of wealth for the 25 richest people in the U.S. between 2014 and 2018, calculated their true tax rate, then compared it to how much they actually paid in taxes each year. The results are mind-blowing.

Over this five-year period, the richest people saw their collective wealth rise by $401 billion. They paid a total of $13.6 billion in federal income taxes. Yes, that’s a lot of money, but it amounts to a true tax rate of only 3.4%. The typical 40-year-old middle-class worker, by contrast, saw their net worth expand by an average of $65,000, after taxes; most of that growth was due to an increase in the value of their homes. Because most of their income came from wages and salaries, their tax bills were nearly $62,000, almost canceling out their increase in wealth.

The rich keep getting richer partly because their true tax rate is so low.

So even though the top 0.1% of households paid 30.3% of all federal taxes in 2020, according to the Tax Policy Center, it’s a drop in the bucket. These people remain ultrarich while the wealth gap keeps getting larger.

The wealth gap is the difference in wealth (net worth) between two groups. There has always been a gap and there always will be. The problem is this gap is rapidly increasing, as clearly demonstrated in this graph, which shows four different groups of households based on income. 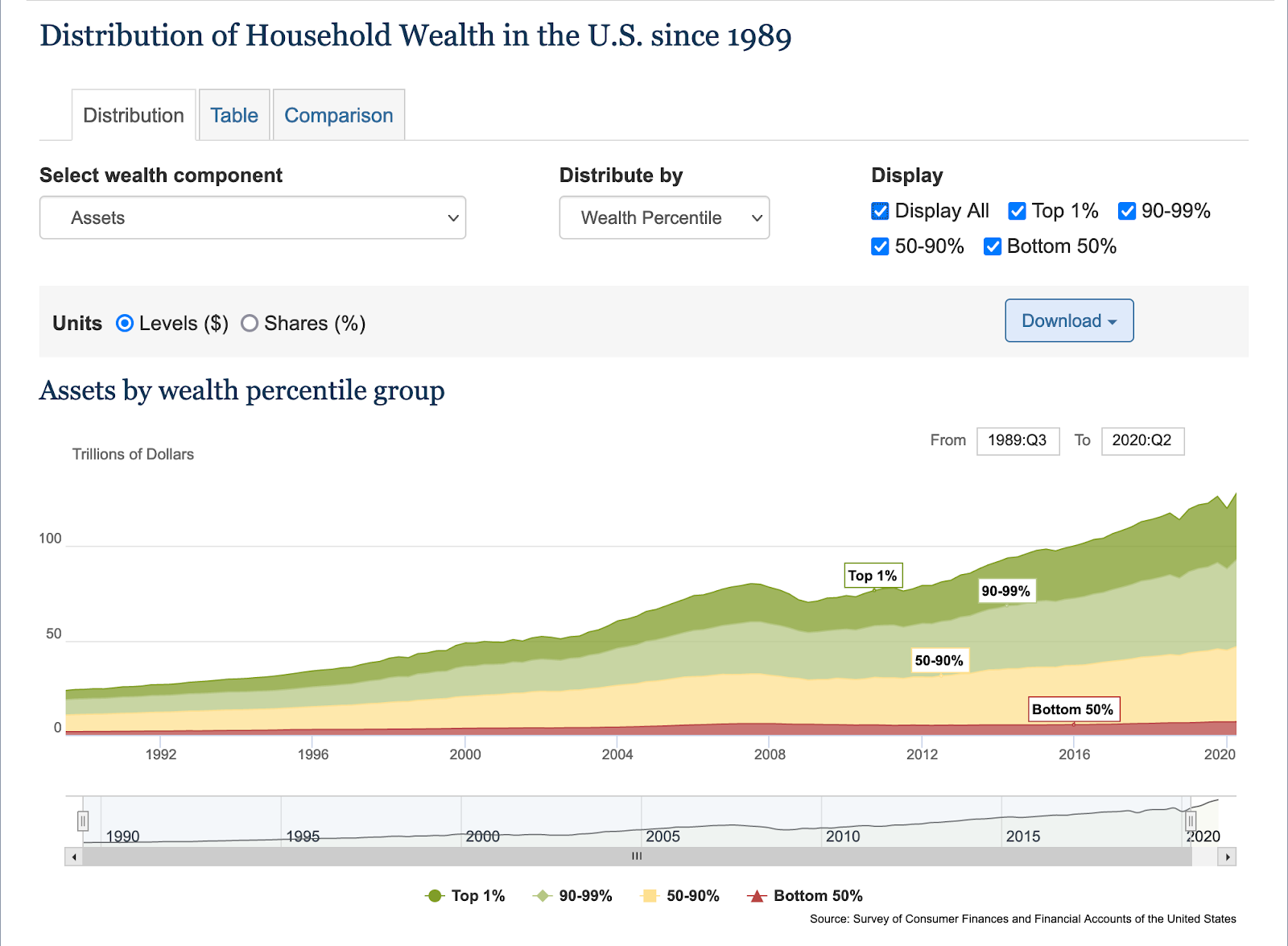 Focusing on the top 1% and the bottom 50% shows just how stark the wealth gap has grown in a little more than 30 years. The wealthy continue to see their rate of increase of wealth grow by leaps and bounds.

In fact, the top 1% held $42.3 trillion, which is over 21 times the total of all 50 state budgets combined! To survive as a nation, we need to tax wealth as well as income.

Roe V. Wade and the War on Women’s Health Care

Dr. Hank Cetola is a Professor Emeritus at Adrian College, Adrian, MI, and the founder of Lenawee Indivisible. He can be reached at lenaweeindivisible3@gmail.com.

I have been writing this column for over two years. I view

It is up to those of us who remember the survivors, those

Roe V. Wade and the War on Women’s Health Care

Something of concern to me, as we reflect on Roe v. Wade,

This is a two-part blog post. This week, I’ll lay out the

I have been writing this column for over two years.

It is up to those of us who remember the