In his first 100 days in office, President Biden and Democrats have delivered on a number of promises to the American people, including a major and consequential victory: successfully passing the American Rescue Plan (ARP), a bold and historic legislative package that has provided much-needed relief to millions of working people across the country.

Because of Democrats, working families bearing the brunt of this crisis have received up to $1,400 direct checks in the mail, thousands more in individual benefits, and access to more affordable health care. The American Rescue Plan also provides funding to get more Americans vaccinated, the resources to get our kids and teachers safely back to school, and so much more.

It’s more important than ever that we make sure voters know of these accomplishments, and who delivered them, as elections in 2021, 2022, and beyond draw near.

That’s where you come in! Your trusted voice will help us make sure your friends, neighbors, social media followers, and more, know before they head to the ballot box that Democrats delivered for them while Republicans tried to leave them hanging, and that the United States is now #BackOnTrack.

The MDP would like to send our congratulations to Rep. David Tyson Smith who was sworn into office this week. Rep. Tyson Smith represents the 45th District in Columbia.

The Senate voted 14-20 to defeat efforts to fully fund Missouri’s Medicaid program in the state operating budget for the 2022 fiscal year. Because the House of Representatives also excluded full Medicaid funding from its version of the budget, the issue isn’t open for reconsideration when the two chambers negotiate the final appropriations bills in the coming days.

Under a constitutional amendment Missouri voters approved last year, every Missourian with an income at or below 138 percent of the federal poverty level will be eligible for Medicaid as of July 1, which also is the first day of FY 2022. However, without full funding to cover the additional recipients, the program could exhaust its spending authority well before the end of the fiscal year. An estimated 275,000 additional Missourians will be eligible for the program.

Under the federal Affordable Care Act, the federal government will pay 90 percent of the cost of expansion, or about $1.4 billion for FY 2022. In addition, implementing expansion will secure Missouri an additional $1.5 billion under the most recently passed COVID-19 relief bill. Such a large influx of spending is expected to create tens of thousands of jobs and provide a massive stimulus to the state’s economy. Only four majority Republicans joined the Senate’s 10 Democrats in voting for full Medicaid funding and the economic benefits that would follow.

Republican Gov. Mike Parson’s administration has already submitted its plan for implementing expansion to the federal government. Failure to follow the plan at this point could result in Missouri losing the billions of dollars in federal Medicaid funding the state already receives.

House and Senate negotiating teams could begin hammering out the final version of the 13 appropriations bills that make up the state operating budget as early as May 3. Lawmakers must grant final passage to the bills by no later than May 7 or the budget process would be required to start over in a special session this summer.

Missouri will retain eight seats in Congress for the next decade according to national apportionment data released on April 26 based on the results of the 2020 U.S. Census. Congress has 435 voting members with every state entitled to at least one representative and the remainder distributed based on each state’s population.

Texas will pick up two congressional seats, while Colorado, Florida, Montana, North Carolina and Oregon each will gain one. Those redistributed seats will come from seven states – California, Illinois, Michigan, New York, Ohio, Pennsylvania and West Virginia. The redistribution will take effect for the 2022 congressional elections, with those elected that year taking their seats in January 2023.

By now, Missouri and other states normally would be deep into the process of redrawing congressional district lines to reflect population shifts over the past decade. However, because the detailed Census data necessary for redistricting isn’t expected to be available until September, Missouri lawmakers likely won’t take on congressional redistricting until a special legislative session at the end of the year.

The size of Missouri’s current congressional delegation is half of what it was a century ago. The state topped out at 16 congressional seats in 1903 but slipped by three seats to 13 in 1933. Missouri lost two more seats in 1953, for 11 total, and then dipped to 10 seats in 1963. The state didn’t lose another seat until 1983 and continued with nine members of Congress until its most recent loss of a seat in 2013 to create its current eight-member delegation.

The Democratic Legislative Network (DLN) is a sustainable, ground-up, year-round, volunteer messaging program with a presence in every county and every house district across the state.The purpose of this network is to build coalitions and volunteer infrastructure centered around issue advocacy, in order to align our allies, and engage voters prior to an election year. The DLN will allow us to streamline Democratic messaging, making sure that Democrats from every corner of the state know what is happening in Jefferson City.To join the network, Click Here.

Need to Track Your Stimulus Check?

Do you have ideas for the Missouri Democratic Party? Want to join our new Ideas Committee? Head to http://missouridemocrats.org/ideas and fill out our form.

MDP VAN Training (updated info): If you need to get set up with VAN, email VANsupport@missouridems.org and be sure to check out our VAN and data resources webpage at www.missouridemocrats.org/data-resources for training materials, VAN user agreements, pricing and policies, etc.

MDP Training Resource – Portal: The “Portal” is the MDP’s online library of resources where you’ll find training docs, guides, and best practices for candidates, county committee members, volunteers, and staff. Get trained up today and make an impact in your community!

Access the portal here but please allow a couple of days for approval as MDP staff vets all requests to make sure everyone accessing our materials is a Democrat in good standing.

Within the Portal, a great resource you’ll find is the MDP’s County Committee Manual – a 60-page comprehensive guide for Central Committees and Clubs. Topics include: goal-setting, how to organize and run meetings, manage conflicts, how to run phone banks, how to recruit volunteers, how to be active online, and tons more.

Bookmark and check out the new training calendar made available by our friends at GAIN Power, to share public training events and stay updated on training opportunities from our allies and partners.

NDTC Local Leaders On-Demand Courses: NDTC’s curriculum team has been working nonstop to develop on-demand trainings for our local leaders (county party chairs, caucus leaders, etc). We believe these trainings are critical in a year like 2021 to strengthen and grow our local level infrastructure after a long presidential election. Already launched courses I want to highlight include:

Political Job Resources: The DNC Talent Bank is a resource to help state parties and campaigns find the best applicants for a wide range of positions, from field organizers to digital directors to communications staff, and more.

If you are interested in pursuing a campaign position, please sign up for the DNC Talent Bank in order to receive information on available positions and other career opportunities. All levels of experience and fields of interest are encouraged to apply.

Find Your Local Democratic Club! We all know politics is local, so if you haven’t gotten involved with your local-level Democratic club, check out our new Local Clubs page on our website to get connected! If your active club isn’t on our page yet, shoot us an email with your contact info, name of president, and website or social media accounts to info@missouridems.org and we’ll make sure supporters can find you!

Merchandise! Check out our new #MoDemsCare merchandise in our merch store!

Submit Your Event! Is your club, committee, or allied group hosting an event? Let us know so we can publicize it on our website. A sense of community is even more important these days as we’re staying home and not gathering together in person. Submit your event here! 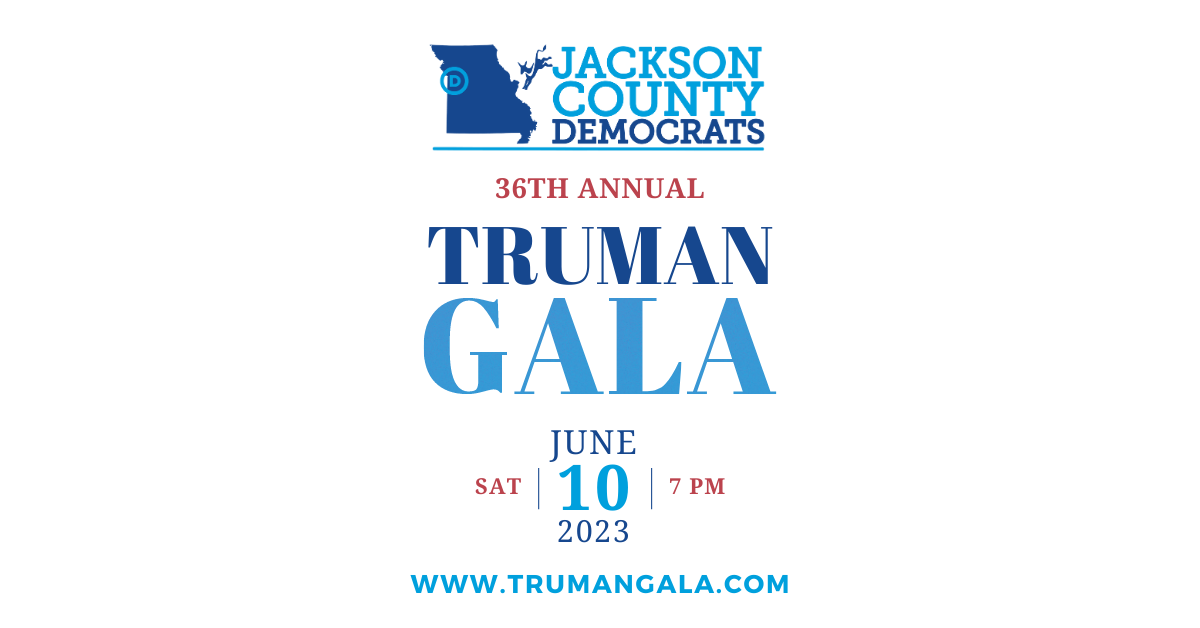 Who’s Really to Blame For the Baby Formula Shortage?

The Missouri Democratic Party holds the distinction of being the oldest political party in the United States established west of the Mississippi River. For the last century, we’ve led the fight for working families. Today, we’re organizing in communities across Missouri to protect and build on our progress.

Test your BULLSH!T METER with this Mar-a-Lago quiz

Government-Mandated Forced Births and a Call to Action

Time to Get Together to Talk Story!

Your May 2021 DEEP CANVASSER

The Week That Was: President Joe Biden's 100th Day

Join Democrats from all over the state at our annual fundraiser, the

On Wednesday, Governor Parson signed HB1878 into law. The law is due

Senate Republicans, with the eager help of Missouri Senators Roy Blunt and Josh