In this off-year, there are many things we are doing (we don’t even like to call it an “off-year” because there are so many). One of them is monitoring the work of the Independent Redistricting Commission. Here is a huge shout-out to Sharon Edgar, who has watched the online proceedings of the Commission and has become an official trainer working with the Arizona Democratic Party’s Deputy Political Director.  Read Sharon’s latest update on the IRC.

At some point during this year we are going to be asking you to take action during this very important process. This will likely take the form of commenting on IRC mapping plans. Unfortunately, due to the “former guy’s” interference with and obstruction of  the Census process last year, census data will be delayed until early Fall. This means the mapping process will be delayed and there will be pressure to expedite the work, which means our reaction times must be fast.

Flagstaff High and NAU grad Barbara Lubin died February 6, leaving a hole in the hearts of Arizona Democrats. Her obituary notes that she was “a lifelong Democrat [who] spent the greatest part of her life working behind the scenes, providing advice and guidance to those who sought political office and others who were seeking positions where they could help improve the lives of others.” As Operations Director of the Arizona Democratic Party in her last years, she was ever eager to help our Coconino County party.

The obituary says, “In lieu of flowers, the family asks you to consider making a donation in her name to Metavivor, a nonprofit dedicated to researching metastatic breast cancer, or your local Democratic Party.” In light of this, we have set up a special link to receive donations in Barbara’s name and to honor others: Coconino County Democratic Party memorial donations site.

You can read the full obituary here.  Our deepest condolences to Stanley Lubin, Barb’s husband, and the rest of the family she loved so much.

This is the week that House bills go to the Senate and Senate bills go to the House in the Arizona Legislature. There are a record number of bills, many of them very dangerous. Voter suppression is a feature of many Republican proposals for “election reform” — in other words, changing laws so fewer people have the opportunity to reject their unpopular policies at the ballot box. But there is much more, like overturning the will of the voters on education issues and turning women’s right to abortion into felony murder. There are good bills, too, that will help Arizona communities — mostly sponsored by Democrats.

Our Legislative Committee has been hard at work sorting all of this out as well as following developments at the federal and county levels. Check out their latest posts, calling for action this week:

Our Roosevelt-Kennedy fundraiser will look a bit different this year since we cannot gather together. Unlike last year, however, when we had to make a quick change of plans, we’ve got some more fun in store: 21 Days for 2021 will be an innovative daily effort with matching donation opportunities, daily videos from Democratic leaders, and five live events with entertainment and auctions.

One thing won’t change:  We’ll present the Eleanor Roosevelt Award at our Grand Finale on April 11. If you’d like to nominate someone, the deadline is March 15:

For now, whet your appetite by visiting our 21st Annual Roosevelt-Kennedy Facebook Page. Click to follow it for regular updates as items in our store and events are published.

Haaland Commits to Work With Manchin on Mutual Priorities

An important Arizona voting case will be heard in the U.S. Supreme Court on Tuesday. Get the background here.

LD-6 Update
We don’t know if LD-6 will keep its present form after redistricting or what Legislative District number it will be assigned, but the working group that formed in the Spring of 2019 produced valuable results (if not a win), so a group of 18 original members met to debrief on February 21st. We agreed that one of the highlights of was the establishment of a campaign office in the Verde Valley and empowering Democrats in the Cottonwood/Camp Verde area. This was an important first step toward getting more Democratic votes from this region, no matter which legislative district it is put into for 2022-2030. The key is not to let this good start languish and so far, it looks like the Verde Valley group is eager to keep going.

The LD-6 Working Group also reviewed data and discussed issues with the campaign. There will be a follow-up meeting soon with staff from the Arizona Democratic Legislative Campaign Committee. Our group’s conclusion from the data is that Trump voters took the election in LD6 out of our hands. Republicans registered many more voters than Democrats did between the primary and general elections (not surprising, since we were doing no-contact work and they were holding “super-spreader” events). Republicans voted the full ticket (there was only a 46 vote difference between Trump and Wendy Rogers in the district) whereas our candidates suffered from ballot drop-off. Our campaigns failed to pivot quickly enough to deal with an election that was determined on false representations of values rather than real issues. The attacks on our candidates were relentless and groundless. Our campaign failed to hit back, sticking to its positive messages on education and healthcare, issues the Republicans all but ignored.

Now, we have Senator Wendy Rogers. Here’s the latest news about her. Our hashtags for her are #WendyRogersTales and #WingNutWendy, an honorarium she earns every day.

Over in the House, Rep. Walt Blackman’s pride and joy is a bill to declare abortion murder, forcing prosecution of women and their doctors. The bill would endanger accreditation of the U of A and ASU medical school residency programs because they could not teach the required curriculum for OB/GYN residents. But, likely, it would have no immediate impact except for the incursion of legal fees if the Attorney General chose to defend it in the inevitable legal challenges. If it gets to Governor Ducey’s desk, there will be hard lobbying for a veto — stay tuned.

Our guest speaker is Sam Almy of Sagura Strategies.

Previously, Sam was data director for the Arizona Democratic Party. Sam will provide an overview of the 2020 election results in Coconino County and LD6. 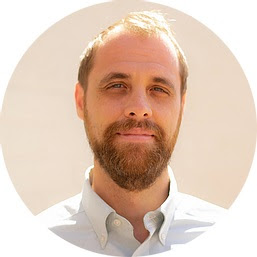 Following Mr. Almy,  the County Party Executive Committee will report to party members and answer questions. This is the quarterly business meeting of Precinct Committee Members that is required by our by-laws.  Volunteers and donors are welcome to attend.

There will be a waiting room – please display your first and last name.

Here’s How to Reach Your Ex Com Members

Please Support Your County Party County Parties are the grassroots of the Democratic Party.
We have ambitious plans and we’re hard at work on them but we can’t do it without your help.

We work to protect the American Worker, the American Dream and the Future of our Children. The Mission of the County Party is to elect Democrats to public office who embrace the values of the Democratic Party.

Join Me for a Meet & Greet With Adele McClure

The Fight Against White Supremacy Must Include Battling Antisemitism

Kyrsten Sinema and Joe Manchin are not serious people, certainly not serious